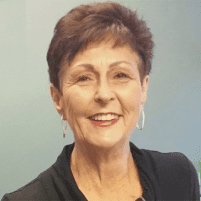 If you’re sexually active and want to prevent pregnancy, having a birth control plan is a must. At Alpenglow Gynecology in Littleton, Colorado, Rickie Guida, WHNP-BC and the team can help you navigate the many birth control choices to find one that meets your needs. Call the office or book an appointment online to set up a birth control consultation today.

What are the types of birth control?

Birth control works in different ways to prevent pregnancy. The general types include:

You may also choose methods that involve monitoring your cycles, such as the rhythm method and cervical mucus observation. A team member can explain each type and its pros and cons.

What is the best type of birth control?

The type of birth control that’s best for you depends on a number of factors. These include:

You should also consider the effectiveness of the type you choose as well as how easy it is for you. For example, are you willing to take a pill every day or insert a device into your vagina?

Does birth control protect you from sexually transmitted diseases?

The only methods of birth control that protect you from sexually transmitted diseases are male and female condoms. Condoms, however, are not the most effective way to prevent pregnancy. If you have multiple partners, or your partner has multiple partners, and you don’t want to become pregnant, it’s best to use a condom along with another type of birth control, such as the pill or an IUD.

What are NuvaRing® and Nexplanon®?

NuvaRing and Nexplanon are hormonal forms of birth control. They release a small number of hormones into your system to disrupt ovulation.

With NuvaRing, you insert a small, flexible ring into your vagina and leave it in for three weeks. You then take it out for a week and replace it with a new one the following weeks. When used properly, it’s as effective as the pill.

Nexplanon is a long-term implant. It’s a small, flexible insert place just under the skin in your upper arm in a simple in-office procedure. It can protect against pregnancy for up to three years and is 99% effective.